If there is anything we have learned from Japan, it is that animals are cute. Japan produces a lot of adorable animal things like backpacks, anime, and costumes. Now every time we see an animal we want to yell “kawaii” at an absurdly loud volume. Even ugly animals like the proboscis (long nose) monkey from Borneo, and the aye-aye lemur from Madagascar can be cute as a button if you look at them long enough.And animals that are more common are even easier to love. Animals like dogs. The most loyal friend on the planet. And fluffy cats. Even though they are sometimes jerks, they are still so cute (kind of like kids). Animals like horses, who are some of the most majestic beasts you have ever seen. All of them are just so kawaii.This October 4th (World Animal Day) dress your kid up in this Child Fox Costume. They will be so fuzzy and huggable. So much so, they will be begging you to stop hugging them. The Japanese won’t have anything as adorable as your little red fox. And the ugly little aye-ayes will just have to suffer knowing that your kid makes a cuter animal than them. Just try not to yell kawaii too many times when you see them. Once is sweet, twice is okay, but any more ‘kawaii’ than that is just too many. (We know we said it too many times in this description!) 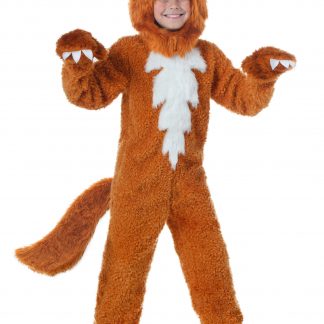