Olive Oyl sure has some interesting taste in men. She seems to constantly be torn between Popeye and Bluto (although, to be fair, it seems like Bluto is often doing the tearing, always stealing Olive when she and Popeye are trying to have a romantic date). First there’s Bluto, who is the very definition of meathead. As far as we know, that’s where the term came from! What does he do to win a girl’s affection? He steals her! No asking her out, no quietly pining until she breaks up with her current boyfriend. Nope, he just walks in on their date, shoves Popeye aside, and he thinks that’s how romance works. But this isn’t the stone age, pal.Popeye, on the other hand, seems like a good guy. He rescues Olive Oyl from Bluto on a regular basis, which is good, and he seems to care for Olive, although he also tends to give her a hard time and complains often enough. And he is honestly not doing much to prevent these Bluto interruptions from happening. You think eventually he’d stop relying on finding spinach laying around and start planning ahead with police or taking Olive Oyl to a new place. At least something to stop the endless cycle of violence. And speaking of violence, have you noticed how that’s the exact first thing Popeye resorts to? No attempts to diffuse the situation or bring in outside help. Just straight to the can of spinach so he can get his “fix.” Olive Oyl might want to look for someone other than either of these two thugs. How about that cheeseburger guy? He seems nice. 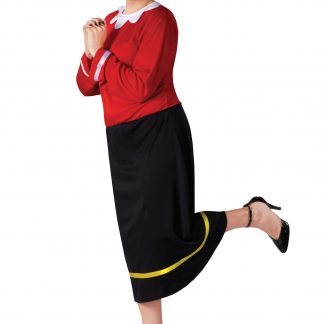