Sure we see a guy with a necklace of shark or alligator teeth and we think that’s pretty darn tough; but do you know what’s even tougher looking than that? Bear teeth! Those things are scary too! There’s something that’s eons tougher than any of those guys. So much scarier that they make a shark look like a goldfish and a bear look like a field mouse. Wear a necklace with a dragon’s tooth on it and nobody will even think to mess with you because that means one of two things. Either you slayed a dragon and now wear a tooth as a trophy or you have a dragon for a friend who gave you one of his teeth that had fallen out. No matter which one of these is true, nobody is going to mess with someone who has killed a dragon or has one for a buddy. It’s just not a smart move for people who want to remain in one piece. 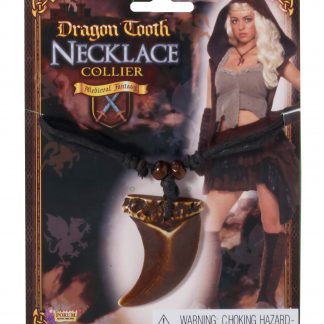