The Japanese cartoon artwork of anime has influenced us quite a bit in western culture and at times we’ve even adopted their style a bit to put in our own, but did you know that those big eyes that we always see in anime were first influenced by cartoons with larger eyes in the U.S.? Talk about some full circle stuff right there! No they’re definitely not entirely worried about complete anatomical correctness when it comes to eyeballs in the world of anime but could you imagine the night vision they would have? We haven’t quite developed the technology for that yet but we do have this sweet mask that will give you the look to complete your cosplay costume or for a sweet Halloween outfit. This will match many of your favorite anime series styles. Just be sure to grab a wig while your at it. If anime was known for something other than the eyes, it’s definitely those hairstyles we wish we could grow naturally! 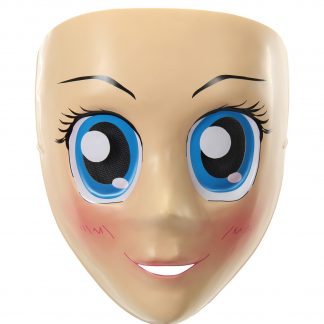